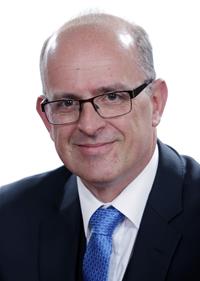 As we covered last week, after nine months of silence former undercover police officer Andy Coles finally pulled his head out of the sand but only to admit what the Undercover Policing Inquiry had published about him.

He said he denied the ‘lurid claims’ made by Jessica, a teenager he groomed into a sexual realtionship.

Jessica’s lawyers, already representing her in a case against the Metropolitan Police over Coles’ abuse, issued a short response:

‘It is quite incorrect and misleading for Mr Coles to assert that ‘the IPCC and Metropolitan Police have investigated the lurid claims made by this woman’. They have not done so.’

‘No one has spoken to or obtained a statement from Jessica for the purposes of any investigation, therefore no proper investigation has been undertaken.

‘Jessica will now make a formal complaint of criminal conduct against Andy Coles to Operation Herne and provide evidence that will undermine his denials.’

Operation Herne is the Metropolitan Police’s internal investigation into the disgraced political policing units of which Coles was a member.

Coles has come back with a more emphatic denial, eradicating his ambiguity:

‘The allegation the ALF activist known as “Jessica” makes that I had a sexual relationship with her for over a year while undercover are completely untrue. Both the IPCC and Operation Hearne [sic] have investigated the specific allegations and chosen not to take any action. As I have said, the proper place for this is in the Undercover Policing Inquiry’

Pending the outcome of her legal action, here is Jessica speaking about her experience with Andy Coles. Decide for yourself who is telling the truth.

One thought on “Coles Doubles Down Denials as Legal Action Looms”

This site uses Akismet to reduce spam. Learn how your comment data is processed.

Police Spies Out of Lives
Women deceived into relationships by spycops

Despite being a public figure, Coles has locked or deleted most of his online presence